A few months ago we were asked by Dermot Gannon of The Old Convent Country House, which is nestled at the foot of the Knockmealdown Mountains in beautiful County Tipperary to smoke some organic angus rump caps  for his enterprise, The Confit Company. The beef is grown on the farm of John Purcell of The Good Herdsmen at Boherlann near Cashel.

And so we did. We tried cold smoking first but felt it wasn’t really what we were looking for (judging by the reaction at home!!). We then hot smoked a batch and took a sample with us to the Ballymaloe Lit Fest in May. As luck would have it the first two people to taste it were people whose judgment I have great respect for, and they oooohed and aaaaahhed about it so much that I had to try it myself! Quite superb – and it helped that the kids definitely approved of this batch!

The Rump Cap is a highly regarded cut of beef in Brazil where it is called Picanha and we have adopted the name, despite people saying it should be Irish, to which we reply “and what about Entrecote Steak?” It also adds uniqueness; I mean have you ever heard of Irish Picanha? Probably not!

Over the past couple months two local restaurants have used it with great success, Monks Lane in Timoleague and Scannels Bar in Clonakilty. 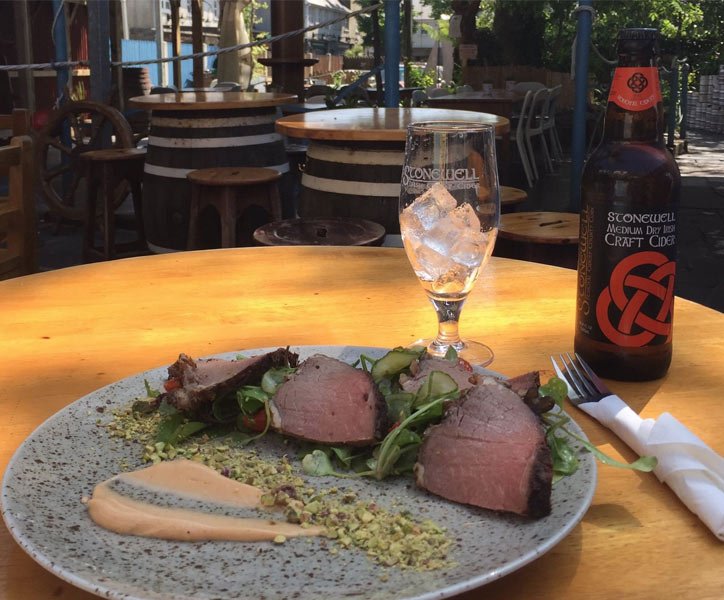 It is available in whole pieces with weights varying from 1 kg to 1.5kgs and should be sliced thinly and served with a fresh salad and a light dressing or subtle horseradish sauce.  Because they vary in weight, it is not a product that we will be selling off our website, but if you are tempted, please email us.